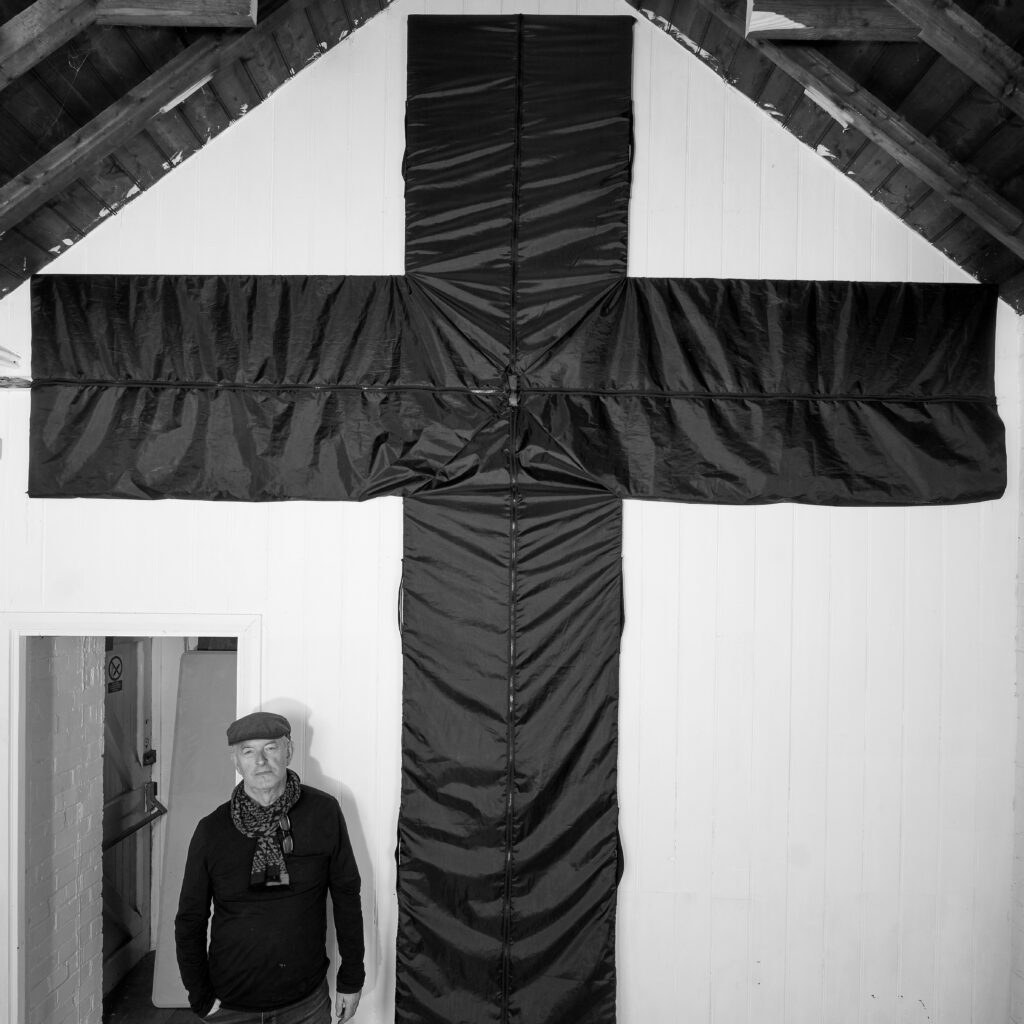 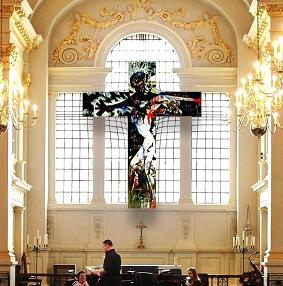 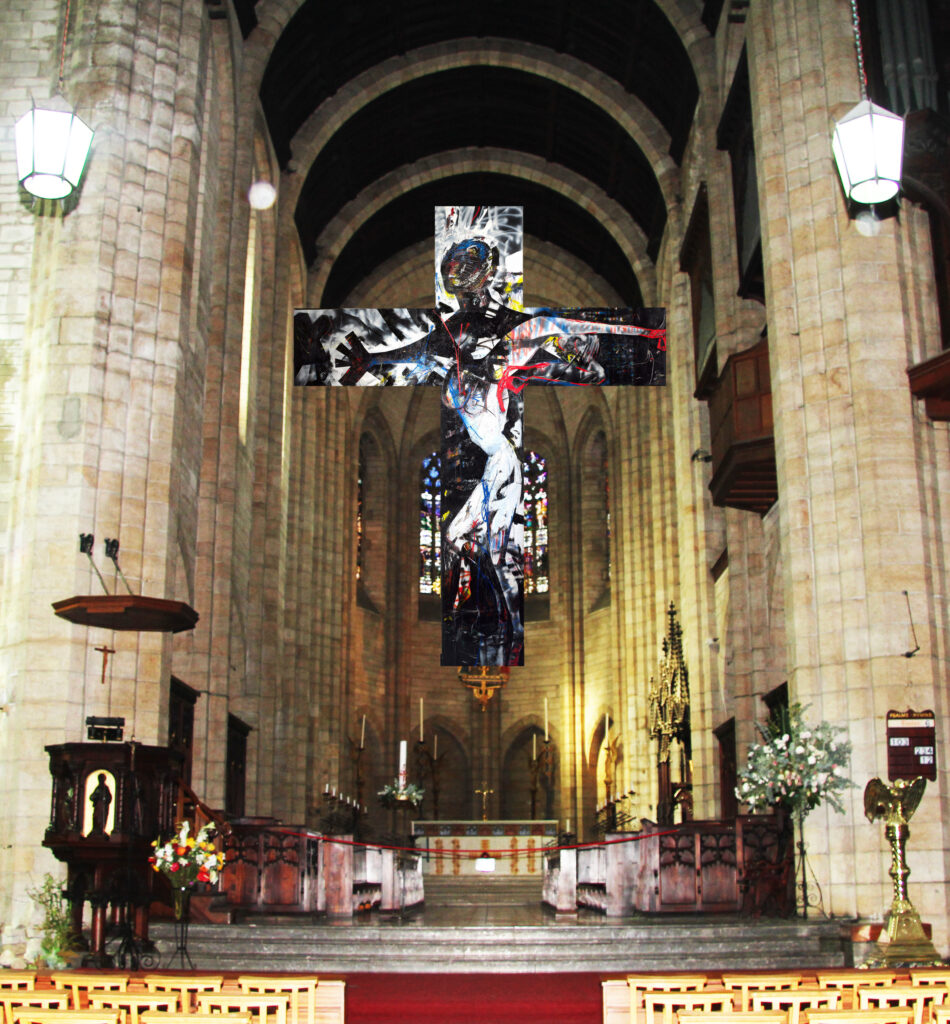 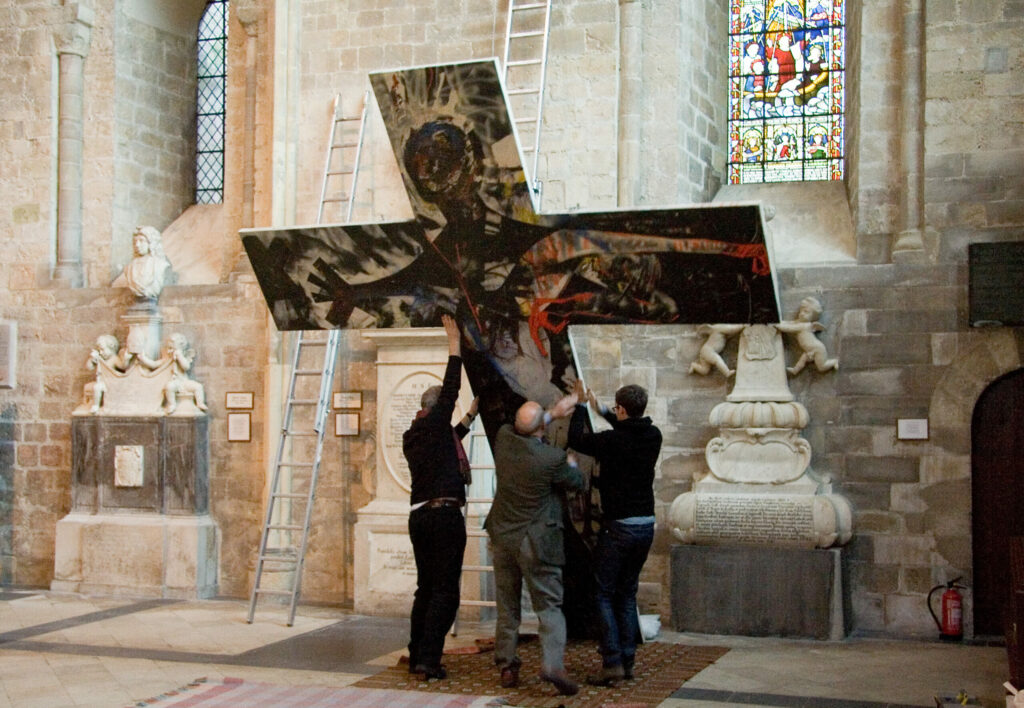 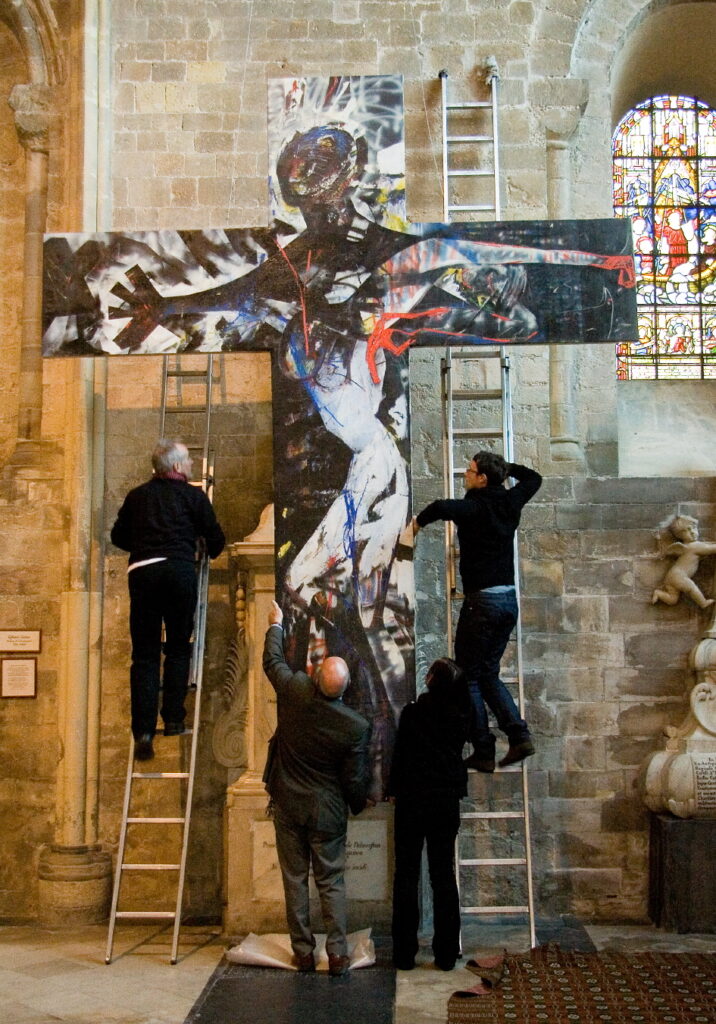 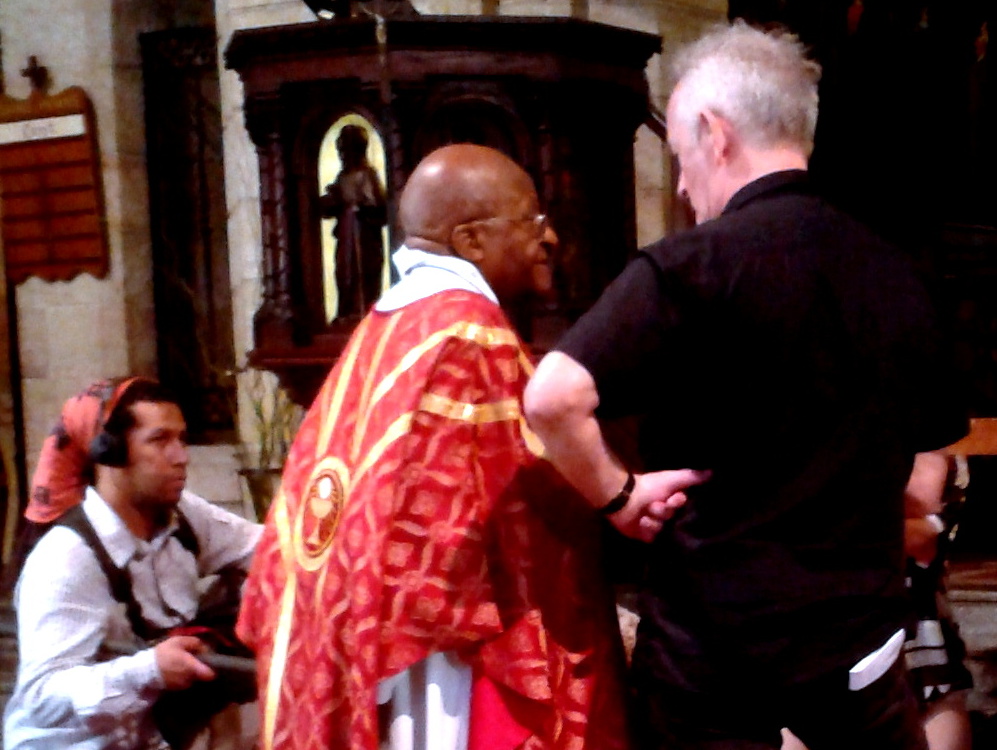 “Perhaps one of the most controversial pieces of twentieth century art. ’Victim no Resurrection’ is an uncompromising and controversial” *

Terry Duffy’s 4.5 metre high painting ‘Victim, no resurrection’, is on a journey from Liverpool to Jerusalem focusing upon the plight of victims across cultures in search of greater peace and reconciliation. It was recently shown in Dresden Germany to commemorate the bombing of the city and its citizens by the Allies in 1945 and the in opposition to the present-day Neo Nazi rallies held there. Other locations include, London , Cape Town, Belfast, Krakow, New York, Palestine and Jerusalem.

“My painting challenges people about the reality of suffering in the world today. It cries out enough is enough! and challenges us all to work harder for greater peace and reconciliation.”  Terry Duffy

”Victim, no resurrection’ inspires and provokes a new politically and culturally aware culture extremely cognisant of present-day global conflict. Time has caught up with its powerful symbolism that ‘enough is enough’ and that people in power and authority have to do more to achieve greater peace and reconciliation. It challenges people wherever it is shown to greater awareness as to the plight of victims focusing upon issues of global importance as well as transcending religious and cultural boundaries.

‘Victim, no resurrection’, is a dark, highly complex painting. The cross itself isn’t weak or feeble, it is strong and steadfast and it doesn’t lack faith in humanity, it celebrates human ability to survive. The victim or victims in the cross are not being crucified, they are not on the surface, they are inside it. This implies that the problems and issues are within and have to be addressed if contemporary religion wishes to be involved, relevant and successful within the turmoil of its contemporary global culture.

During Easter 2022, John Durrel of the blog Northern Synod Worship visited a number of artworks including “Victim no resurrection”, read more about it here

Across nine evenings an inspirational set of speakers will give talks in the church on how violence and suffering have affected their lives – including a special event on Sunday 17 April when the BBC world affairs correspondent Mike Wooldridge chairs the an important discussion Witnesses to Conflict, with Lindsey Hilsum (Channel 4) and Marie Colvin (Sunday Times) in which they explore what it means to report on global violence and the impact it has had on their own lives and values.

The other speakers are:

“We should remember the cross was an instrument of torture, and the brutality which crucifixion represents is still with us. If we really want to bring peace and healing to our world, we have to look directly into the face of violence and hear the story of the victim. Duffy’s artwork and these speakers together call us to confront the reality of suffering in our world and inspire us to bring hope and justice so that the unacceptable agony of the cross can become the beginning of transformation and change.” Revd Richard Carter