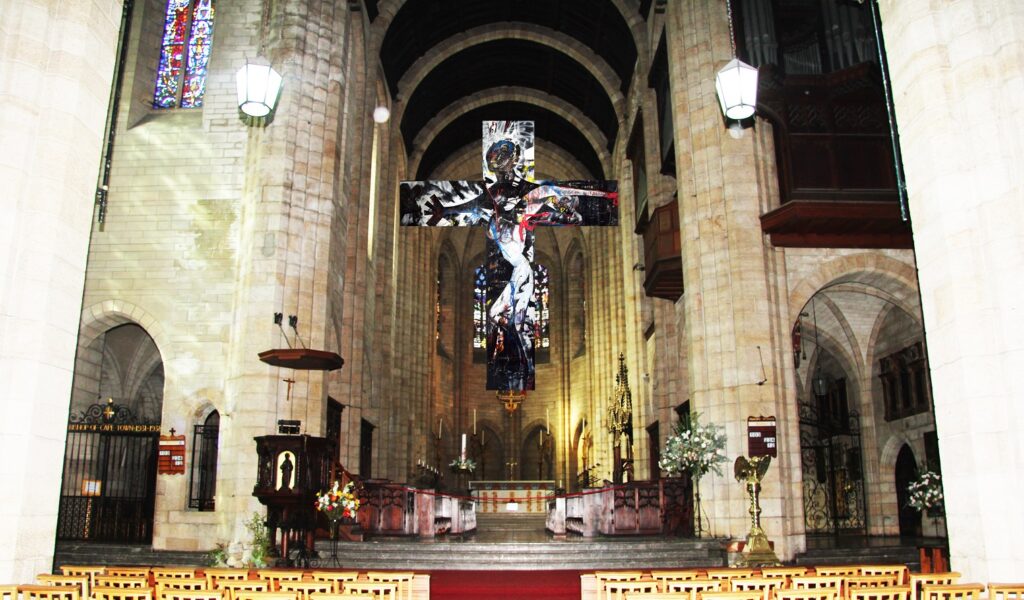 ‘Victim, no resurrection’ was installed in at St George’s Cathedral Cape Town during Lent 2014 (4th March – 18th April). It was the focus of a programme of exhibitions, workshops and discussions across cultures to celebrate and consider 20 years of democracy since Apartheid. Cape Town was the 6th location (Station Six) on the journey of Stations of the Cross from Liverpool to Jerusalem.

Station Six is symbolically the moment in Christ’s Passion when Veronica courageously steps out from the crowd, risking harm herself and wipes his face, the cloth she wipes his face with became the Turin Shroud. It in many ways expresses how the many heroic figures in the movement against Apartheid stepped out from the crowd to fight the great injustice upon Black people in South Africa.