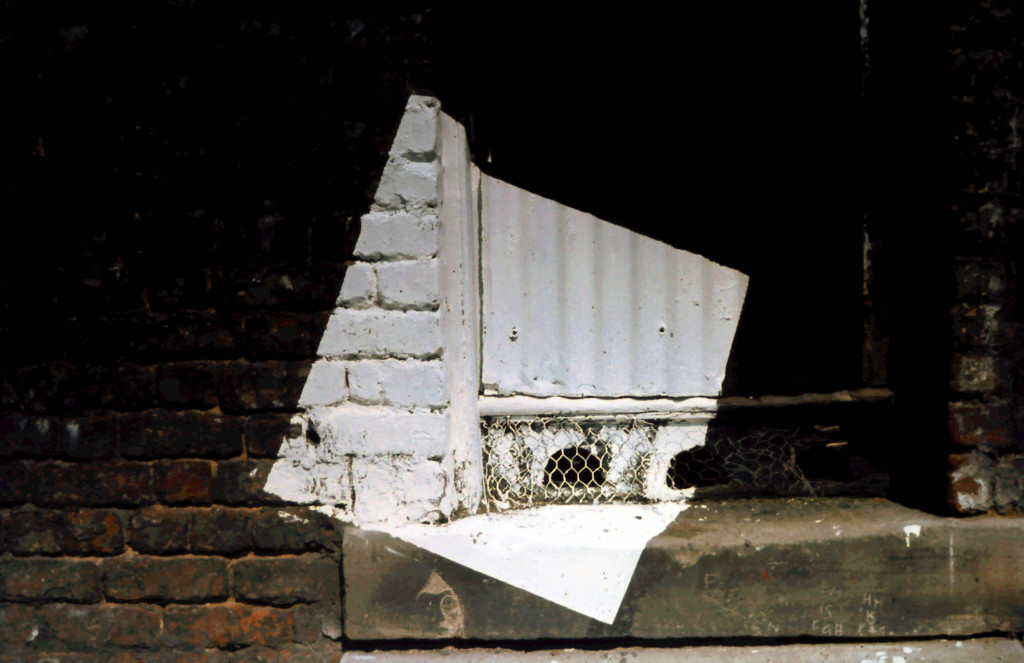 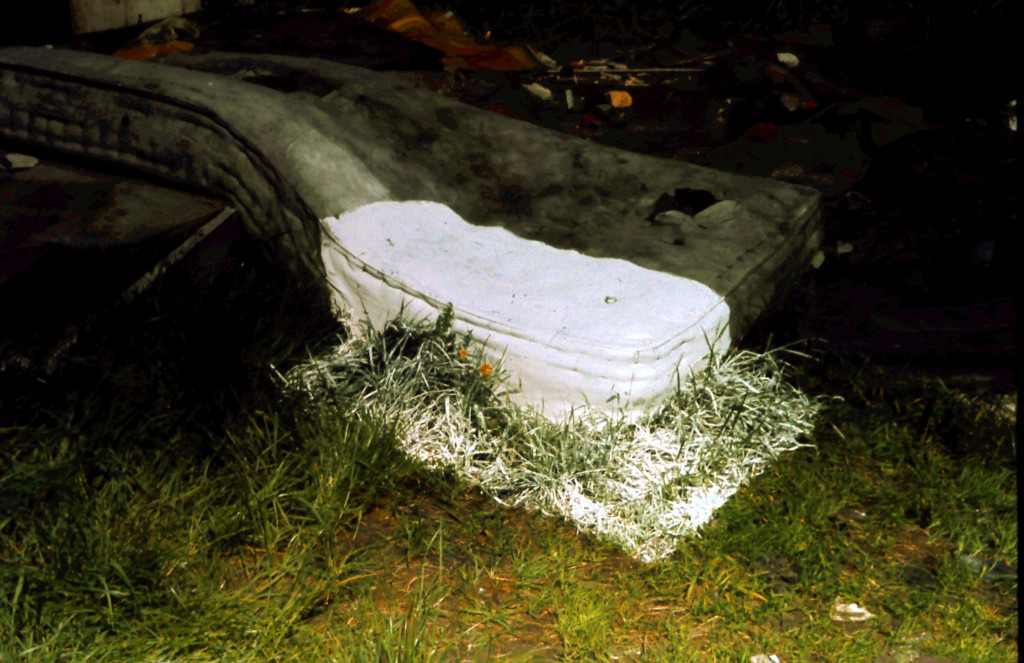 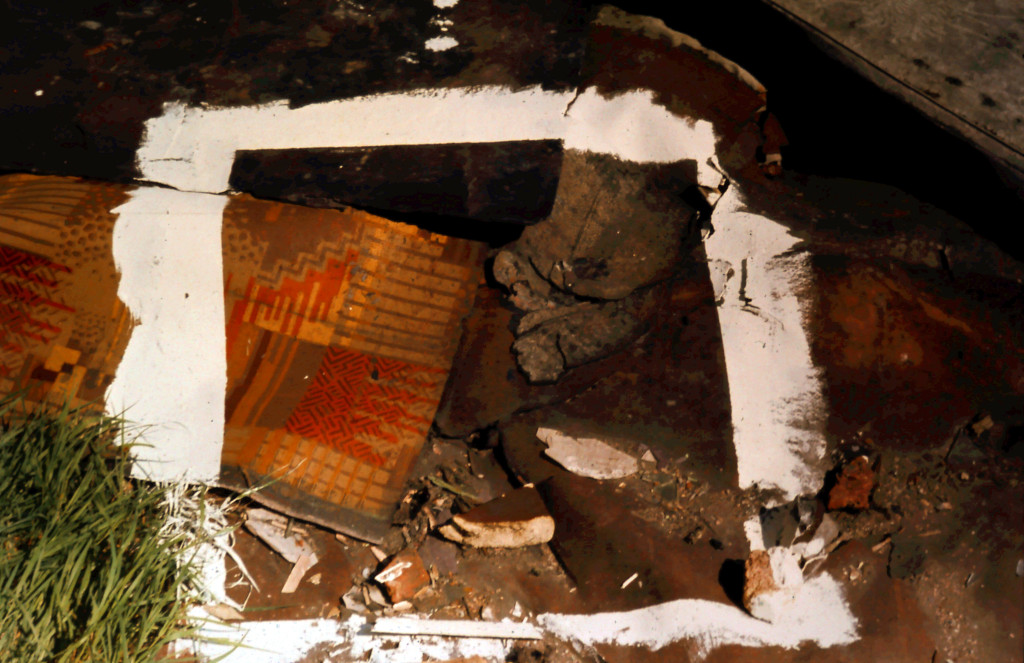 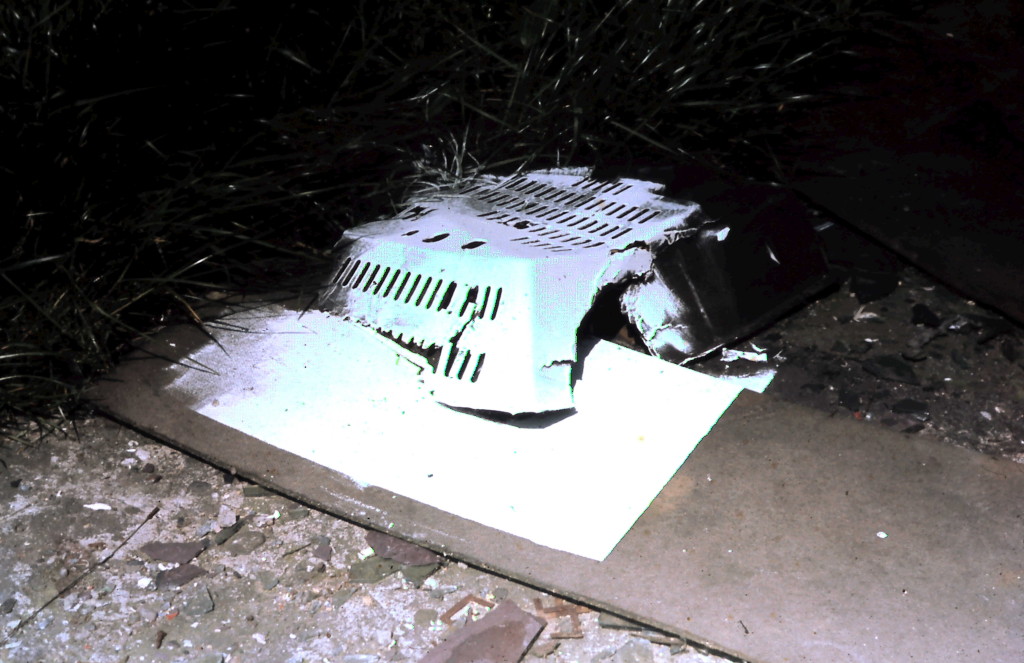 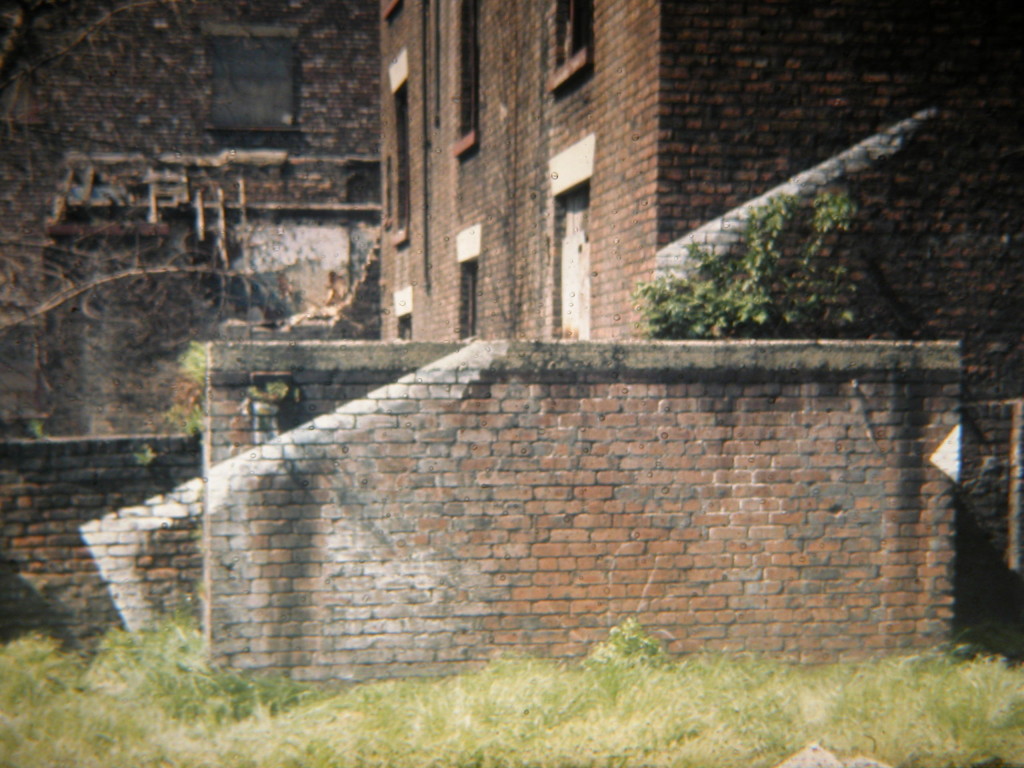 “The works created within the derelict site attempted to define a focus on or attention to the random colours, textures, marks and forms within this urban chaos. When I left the site each day local people, I assume they were children or teenagers changed or added to the artworks and never vandalised them. Surprisingly they recognised what I was doing was some form of art and respected it. An example of this is the face cut into the step which creates a strange dynamic and haunting dimension. This response to my work was fascinating because I was communicating with an unknown audience, a “visual dialogue” as I began to call it but it was also frustrating because it intervened with my own creativity, a problem that re-occurred in the New Contemporaries. Nevertheless, this experience contributed progressively towards the “Park Series” and Art Games.”