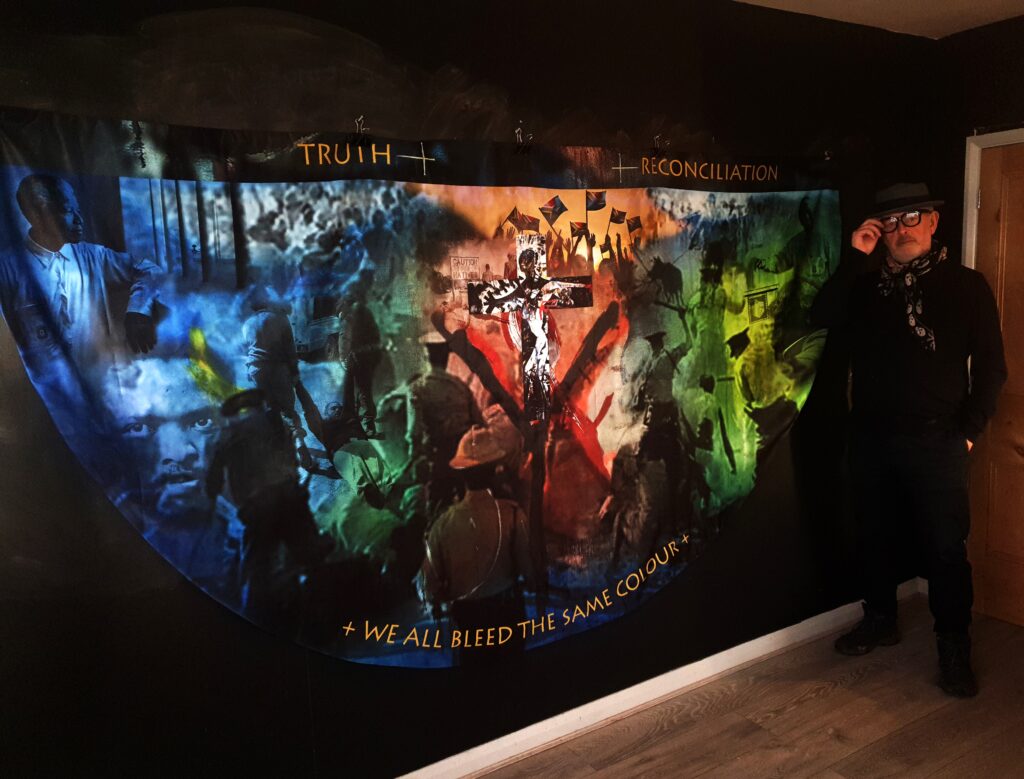 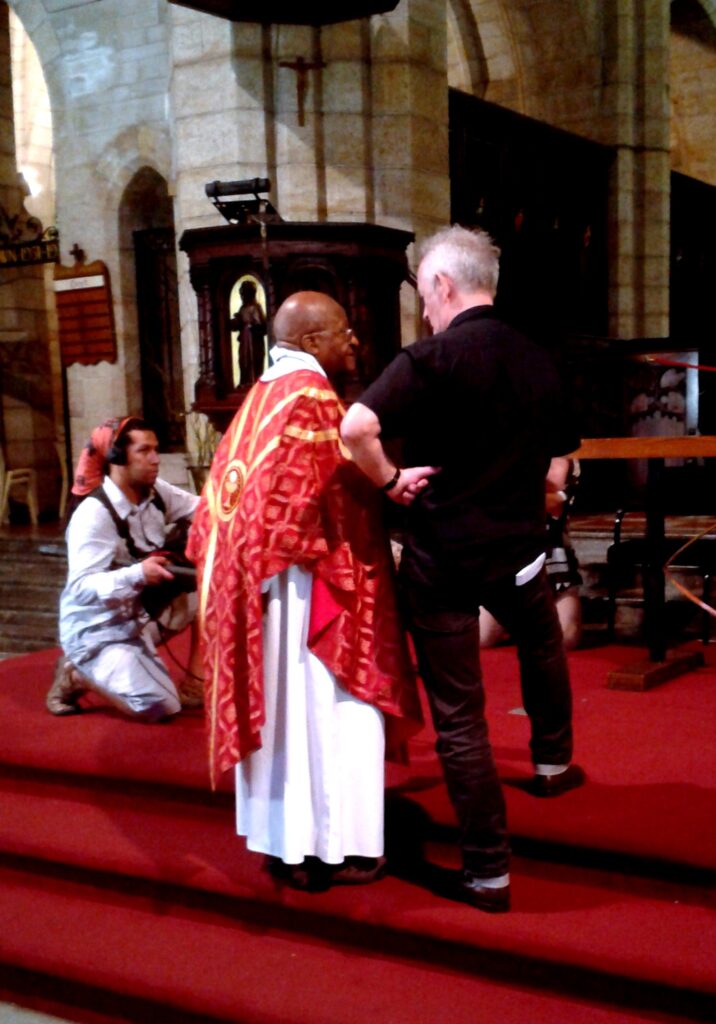 “We all bleed the same colour”

The photomontage depicts a narrative of nearly 30 years from the left Nelson Mandela behind bars on Robben Island to 27 years later placing his voting card in the ballot box of the new South Africa in 1994. On the left is Steve Biko who was at the forefront of the Anti-Apartheid campaign in the 60’s and 70’s. He was assassinated. On the right is Archbishop Desmond Tutu in forceful expression. He chaired the Truth and Reconciliation Committee following Apartheid. Centre Left Michael Weeder now Dean of Cape Town Cathedral is being dragged away by police. Along the bottom the words: ‘We all bleed the same colour’ said to me by Tutu in our long discussion in Cape Town.

Along the top, the free flag of South Africa waving in the sun expressing light and hope for the future. At the centre ‘Victim, no Resurrection’ always in remembrance of those who were victims and still are. The lining was sourced from South Africa. It is linen similar to that worn by inmates of Robben Island and adds a further dimension to the vestments sense of remembrance.