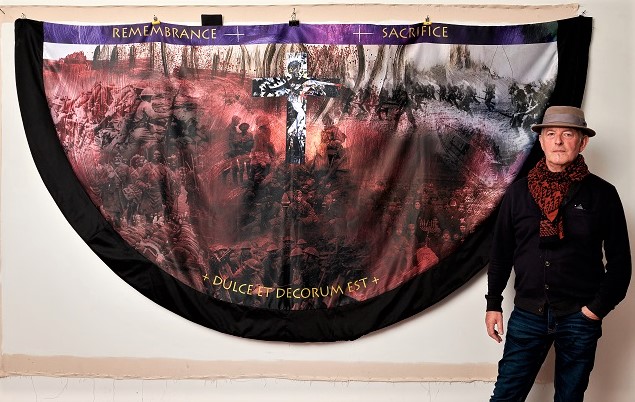 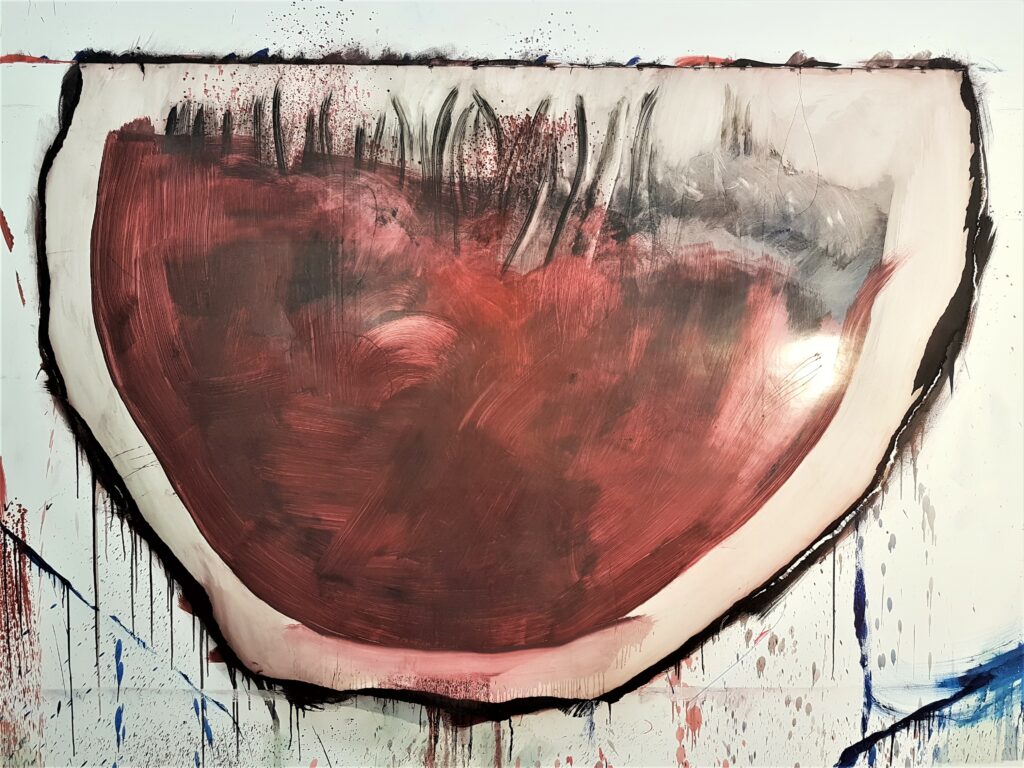 I am named after my grandfather, Private Terence Duffy, who died on the Somme on the 21 st March 1918; one of the many thousands of soldiers whose bodies were never found. The frontline soldiers were swamped by a vast German army. Their bodies blown apart alongside soldiers from many other countries, nations and cultures. Soldiers of other religions whose sacrifice often goes unrecognised, Jews, Sikhs, Muslims, African Americans, and many others. I also thought of the millions of German soldiers who had also fought, and died for their country, they were victims too of the abuse of power and propaganda. At the centre of the photomontage the image of a German soldier and a British Tommy, looking across the Christian divide in hope that this is the end. For copes lining we sourced khaki (as worn by WW1 soldiers), adding poignancy to its message of Remembrance especially to the
wearer

On Remembrance Sunday 2018, the ‘Remembrance Cope’ was worn by the Bishop of Coventry at the Commemoration service at Coventry Cathedral. Many German dignitaries where there from Dresden, and Kiel to mark this important centennial occasion, as were members of the Sikh, Muslim, and Jewish Communities. Alongside them was Bishop Paul Korir, Bishop of Kapsabet in Kenya, whose grandfather had fought in the First World War 1 and I am pleased to say he wore the ‘Coventry-Dresden Cope’ at another ceremony later that day.