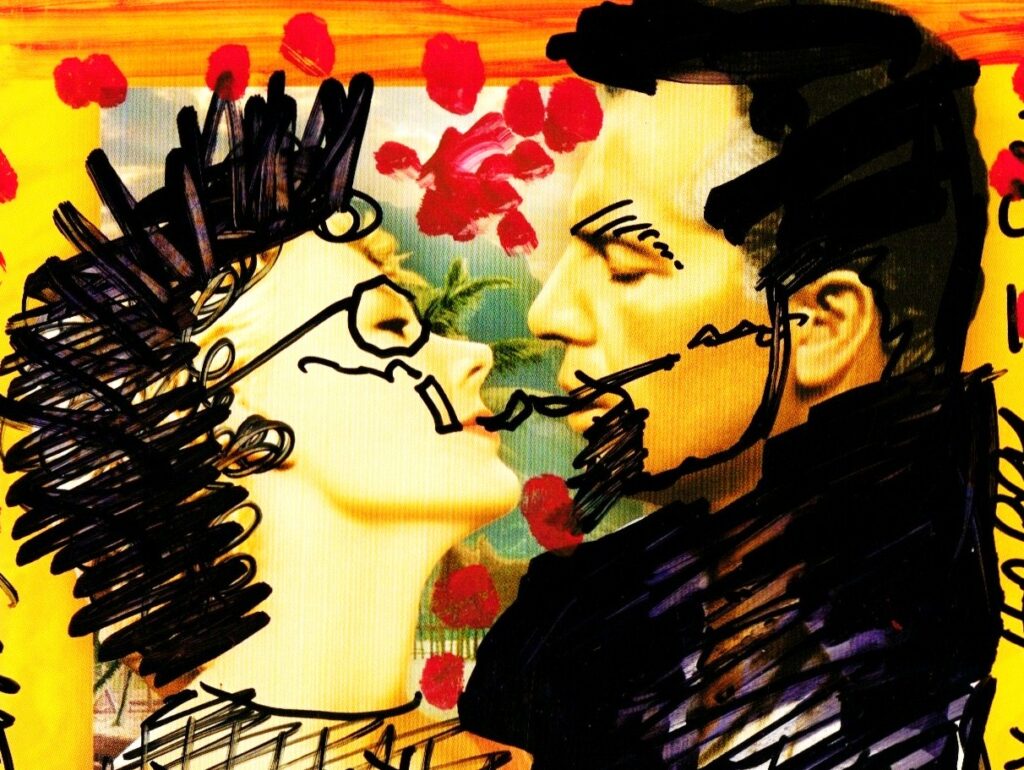 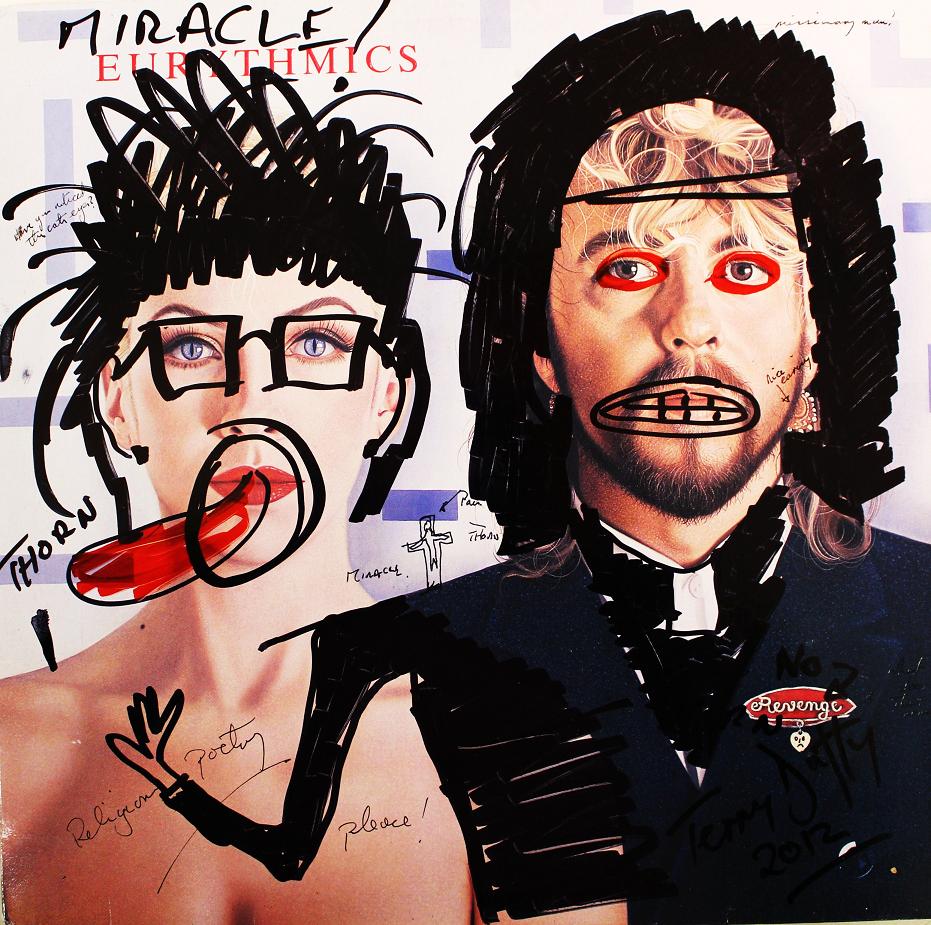 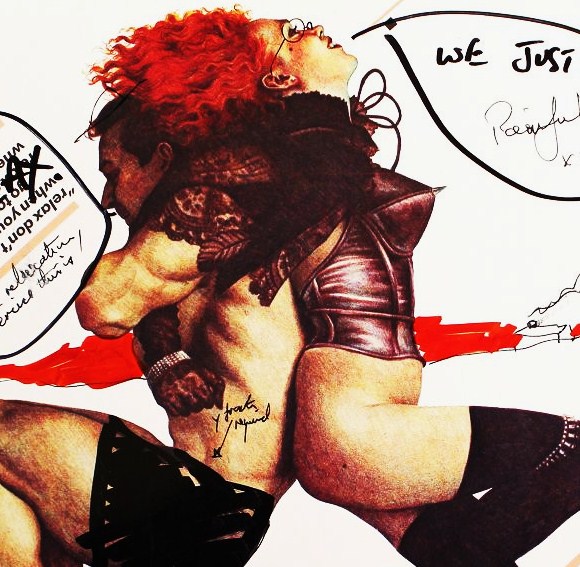 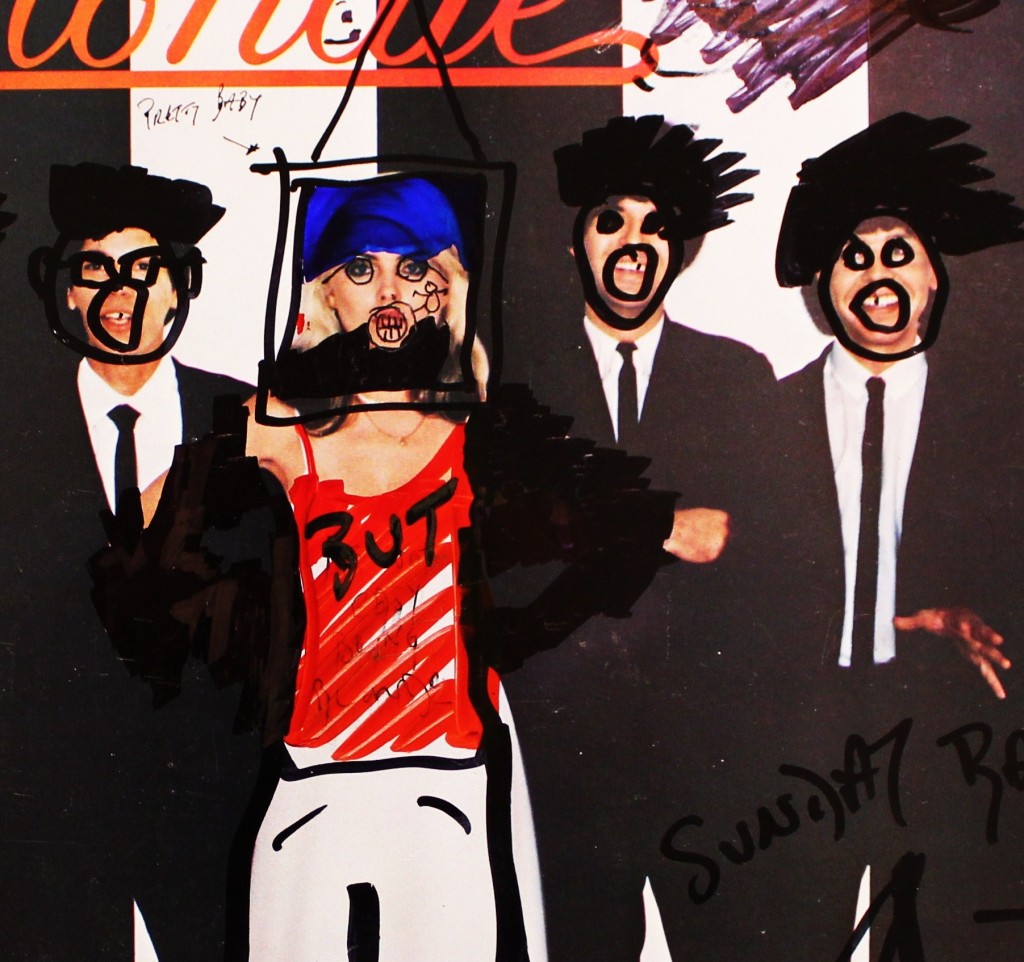 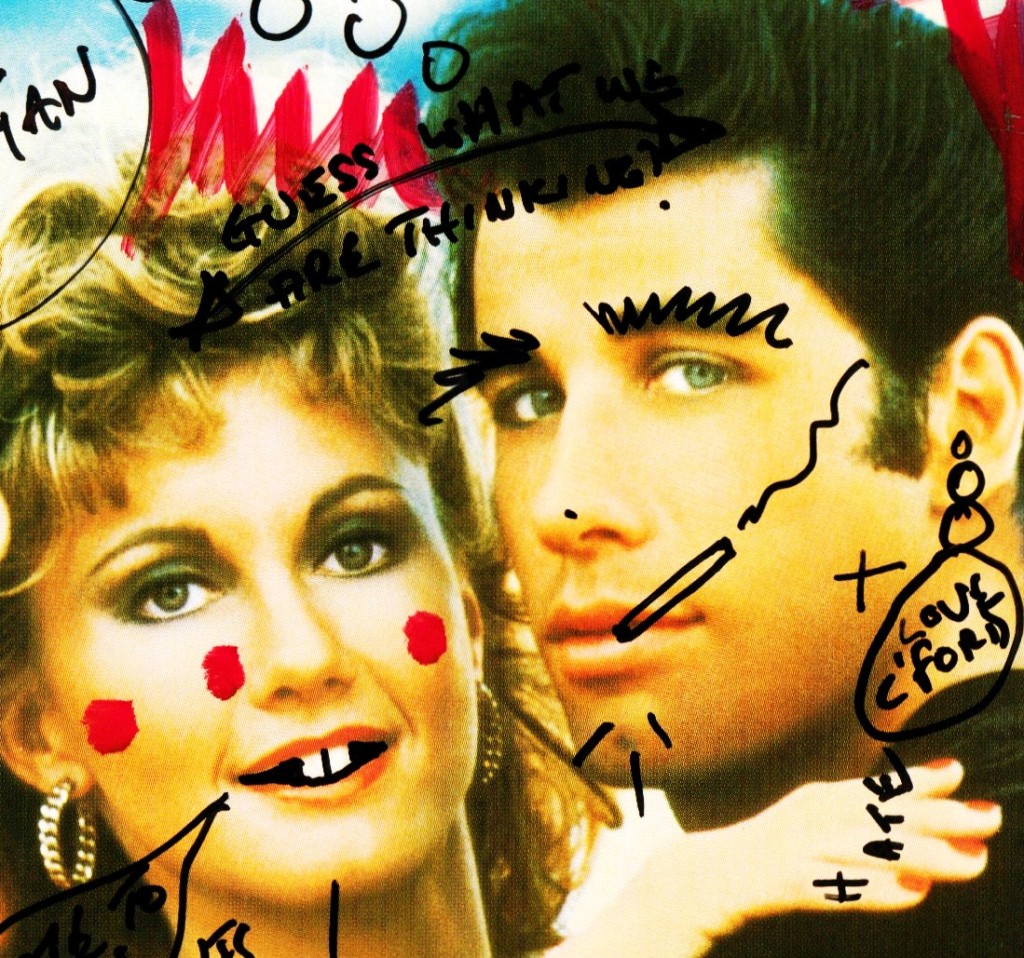 ‘Defacings’ is a very recent project that began in 2011 following the London Riots. Invited by John McKiernan of Platform-7 who occupied a disused Blockbuster in South London where the riots had taken place. Inspired by this project Duffy began to deface discarded video covers of iconic movies, ie, “Grease”, “Guys and Dolls” fascinated by their false reality and how this can be revised, altered, amended, questioned.

This work echoes back to the Liverpool Riots of 1981 when Duffy produced ‘Victim, no resurrection’ and a stream of other work within the ‘Victim’ and ‘Survivor’ series. ‘Defacings’ developed further in 2012 with the use and revision of 12 inch album covers.

Warhol revised how we view, change the mass produced image of the iconic celebrity. However, he complimented them. We now live in a more critically aware time, more conscious of celebrity manipulation, human weakness and the reality of market manipulation. Therefore, these defaced, revise images suggest a more indepth critique. They require the viewers involvement not passive, unaltered adoration.